Javascript is required to view the video...
Assembly Speaker Carl Heastie addresses the Assembly Chamber on West Point Day.
It is my honor and privilege to pause the proceedings of the house to continue a very special tradition. For nearly seventy years, we have celebrated the rich history of the United States Military Academy at West Point by hosting a distinguished delegation here in the New York State Capitol.

I invite all my colleagues, staff and visitors to join me in welcoming these special guests to the People's House of the New York State Legislature.

Since 1802, the United States Military Academy at West Point has stood tall and proud in New York's beautiful Hudson Valley. The young men and women who enter West Point represent the best and brightest of their communities.

Graduates have contributed to an unmatched legacy for leadership and excellence that has preserved the Academy as one of the most highly regarded institutions in the world. We offer our best wishes for your continued success in the bright futures that lay before you.

General Jebb, honored guests, we thank you again for visiting with us today, for your service to our great state and to our country. 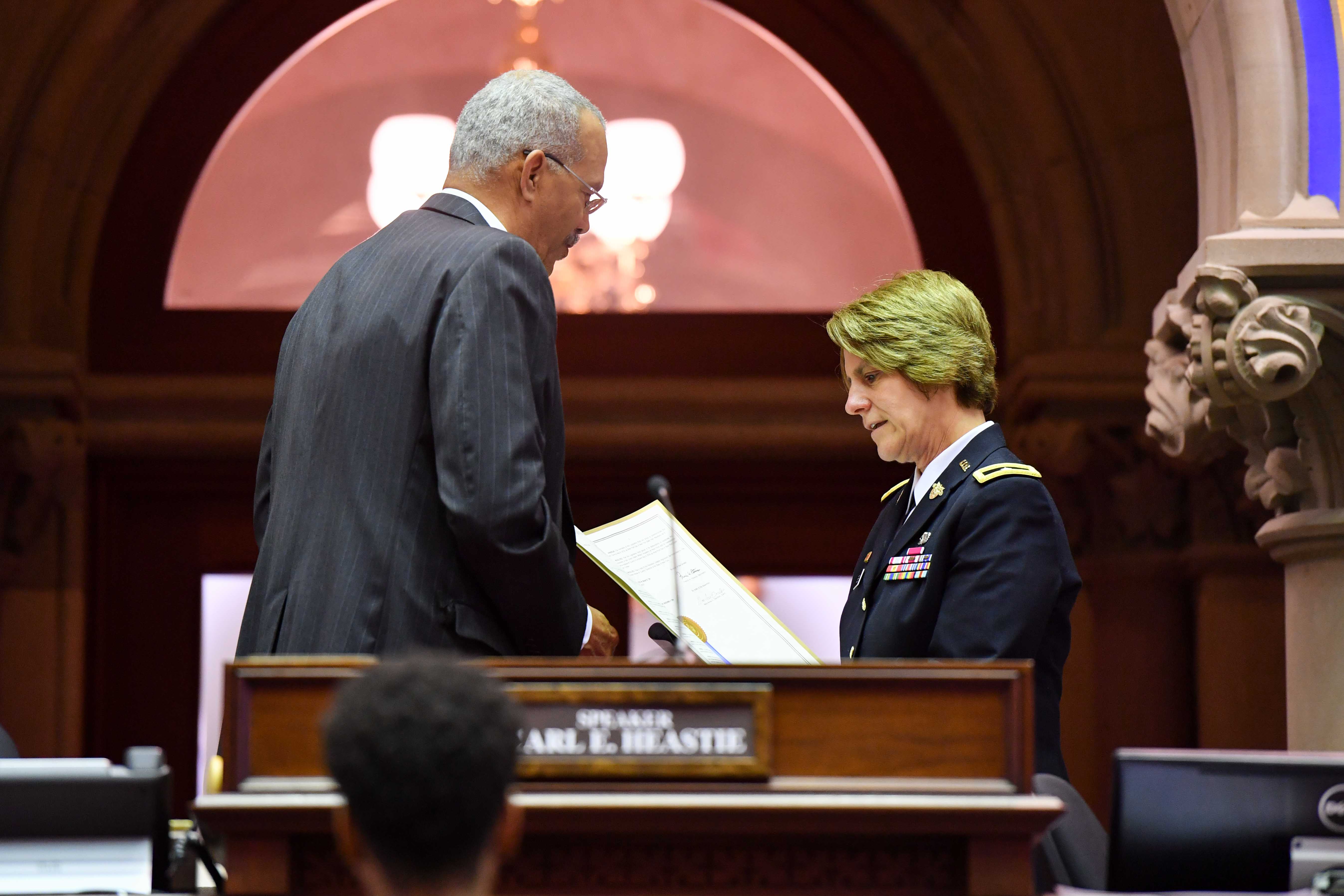 Assembly Speaker Pro Tempore Jeffrion Aubry presented Brigadier General Cindy Jebb, the first woman general to address the Assembly, a resolution recognizing West Point as the nation's most prestigious military academy and its historic connection to New York State since it was established on the west bank of the Hudson River in 1802. 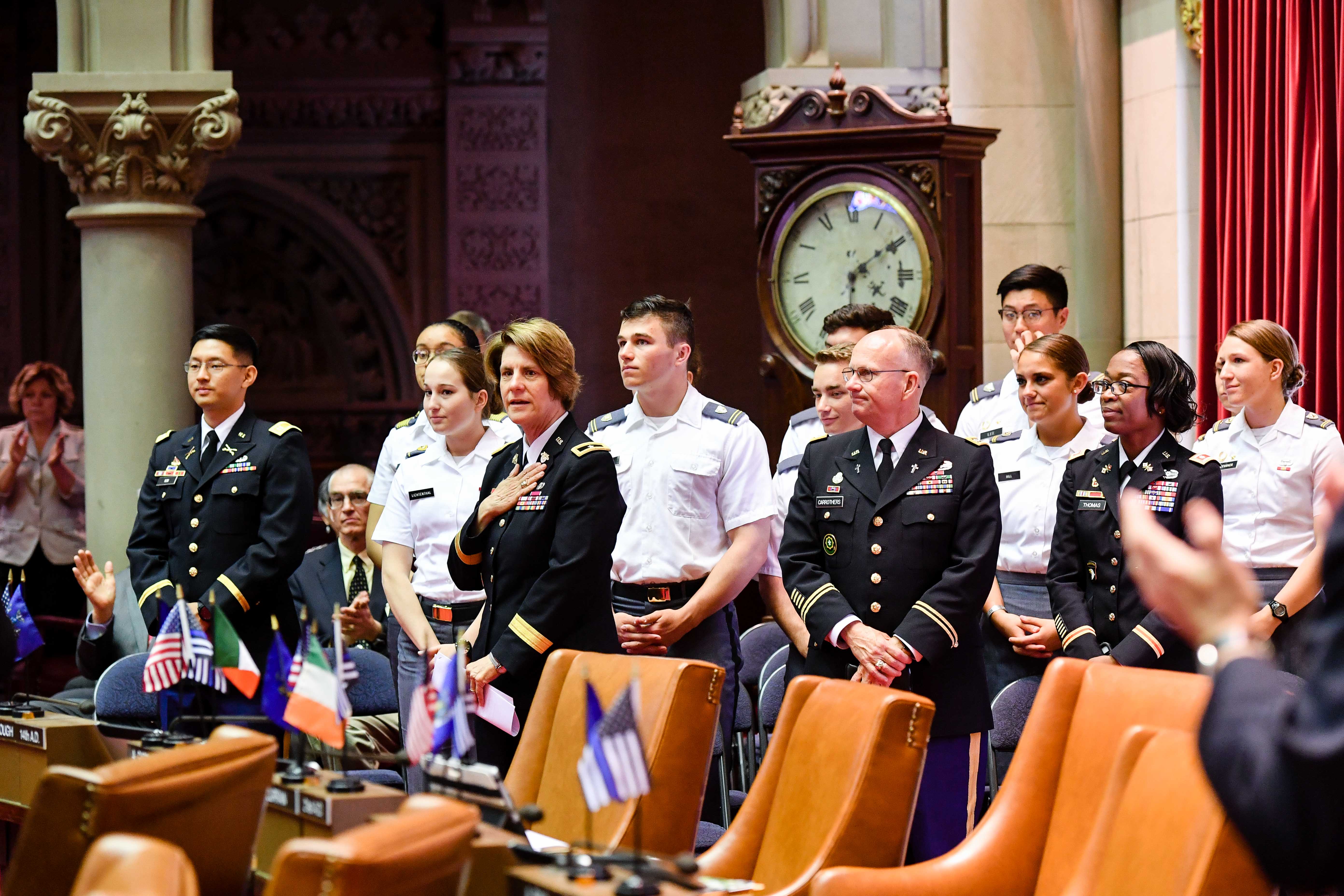 The cadets of the U.S. Military Academy at West Point, led by to Brigadier General Cindy Jebb, were honored today by Speaker Heastie and his Assembly colleagues as part of the house's annual tribute to the cadet's extraordinary service and dedication to our nation.