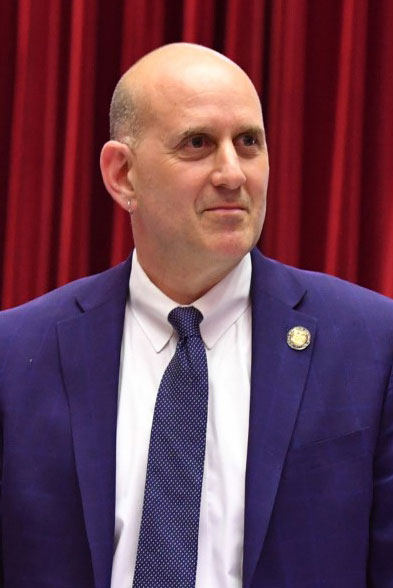 Harvey has been a community leader for more than 20 years. Before he was elected to the Assembly, he served on Community Board 3 for 14 years as its board chair, and chair of its Land Use Committee. A public-school parent, Harvey is a former president of the District 1 President’s Council and former PTA president at the Neighborhood School (where his children attended). Harvey has engaged in numerous community struggles to protect low-wage workers, local day-care centers, and diversity in admissions at public schools. He is a former Co-President of CoDA (a local political organization) and has worked on numerous progressive campaigns over the past few decades.

An experienced leader and advocate for the progressive movement, Harvey has introduced, voted for, and supported legislation that protects the rights of LGBTQIA and non-binary New Yorkers, promotes environmental sustainability, supports public education, and makes voting easier. He has tackled deep inequities in the criminal justice system by fighting to end the excessive use of solitary confinement, to legalize adult use marijuana, expunge records for New Yorkers with marijuana related offenses, reform the parole system, and to make it easier for incarcerated people to earn a college degree. He has also been deeply invested in securing extensive protections for tenants, protecting the environment, saving small businesses, and creating new educational opportunities for people with disabilities.

In his first full term in office, Harvey co-authored and passed the Housing Stability and Tenant Protection Act of 2019 that protects tenants and preserves affordable housing in New York City. He won the passage of legislation to create a dedicated funding stream for public transit, expand early voting for New Yorkers, codify Roe v Wade in the state of New York, and reach net-zero greenhouse gas emissions. He has introduced legislation to tax the ultra-wealthy to fund public housing, as well as legislation to create composting programs in all state agencies and reduce the use of plastic in our State. Harvey has supported the passage of hundreds of pieces of legislation and has been a progressive leader in the State Legislature. He continues to fight for racial and economic justice and systemic change through legislation.

During the COVID-19 crisis, Harvey used his district office as a staging ground to distribute hundreds of meals and personal protective equipment to residents in need. He partnered with nearby small businesses to introduce legislation to bail out struggling small business owners. In the 2021 budget cycle, he fought for and won a program to disburse over 1 billion dollars in relief to small businesses and small nonprofits, as well as 2.4 billion in aid to residential tenants.

Harvey continues to build grassroots power within the district, encouraging constituents to get more involved in local politics by organizing a youth council for the 74th Assembly District, hosting many community forums, and consistently keeping the community in conversations.

Harvey sits on the Assembly committees on Agriculture, Environmental Conservation, Governmental Operations, Higher Education, Housing, Small Business, and People with Disabilities. He chairs the subcommittee on Retention of Homeownership and Stabilization of Affordable Housing.

Harvey resides in the East Village with his wife, Anita; their children, Leila and Joshua; and their rescue-dog, Homer.

New York – Assemblymember Harvey Epstein, chair of the Assembly subcommittee on Retention of Homeownership and Stabilization of Affordable Housing and Senator Brian Kavanagh, chair of the Senate Committee on Housing, Construction and Community Development...

Calls Grow For State Exams to Be Canceled Amid Coronavirus Pandemic