Bright and exceptionally well-liked, Mike Glover had huge pockets of devoted neighborhood, high school and college friends all over the greater New York area. He enjoyed the love and support of his tight-knit family in Rockaway, Queens and beyond. An amazingly loyal person, his fidelity was reciprocated by scores of people fortunate enough to call him a friend. The day before we got word of his heroic demise, I came across a shirt that Mike got at a Rockaway event that poignantly sums up his allegiances. The front featured a star-spangled shamrock, a tribute to Mike’s patriotic dedication to his country and appreciation of his Irish heritage. On the back is the W.B. Yeats quote, “To think where a man’s glory comes and ends, my glory was I had such friends.” In the summer of 2001, some of these friends traveled to Europe. Leading the charge was Mike, his New York accent, confident swagger and charming smile. Six countries in three weeks – the continent didn’t know what hit it when Glover came tearing through. When Mike started at Pace Law in 2004, his classmates immediately flocked to him. A couple of weeks into that first semester, Glover threw a party that was attended by dozens of people recently swept up by his stunning personality. Mike said many times that the proudest moment of his life was when he marched across that parade deck a newly-minted Marine and held his nephew in his arms. The image of a rugged warrior with a steely gaze gently cradling a toddler epitomizes what a dynamic man Mike Glover was. Mike’s first training mission with his Marine Corps Reserve unit was in the woods at West Point on a bitter winter night. Cold, soaking wet, overloaded with gear and lugging a heavy machine gun, while others succumbed to the elements and fatigue, Glover gritted his teeth and trudged to the summit of the steep hill. When Katrina ravaged the Gulf Coast, motivated by the way the country rallied behind his beloved New York on 9/11, Glover rounded up two other Marines and drove 1,400 miles to the affected area. Using a potent combination of persuasiveness and moxie, he navigated through police and National Guard checkpoints making his way to the command post of the search and rescue efforts in downtown New Orleans. A New Orleans police officer, who was also a ranking member of the Marine Reserve in Louisiana, took notice of Glover’s exploits and put him up for a medal. Prior to deploying to Iraq, Glover was awarded the Navy and Marine Corps Achievement Medal. The citation reads in part: “Lance Corporal Glover conducted numerous rescue missions by land and water working from dawn until dusk.” “Lance Corporal Glover’s initiative and selfless devotion to duty reflected great credit upon himself and are in keeping with the highest traditions of the Marine Corps and the United States Naval Service.” Many were in awe of Mike because under his warm demeanor and bright smile was a leather toughness evidenced by his enlistment in the middle of a war, selection of the infantry as his specialty and decision to volunteer for duty in a ferocious combat zone. While on a patrol outside of Fallujah, Iraq ten years ago, Lance Corporal Michael D. Glover gave his life for the country he loved, doing what he knew was right. Those who knew and adored him lost a great friend, brother, son, nephew, uncle and cousin, but the country gained a hero for the ages. Doubtless, Mike’s inspirational impact on hundreds of friends and family members in his short life will reverberate for decades to come. I was privileged to watch Mike take on life with unmatched enthusiasm, and I know that when he went romping and stomping through the gates of Heaven, paradise became a far better place. Remembering U.S. Marine Corps Captain and NYS Trooper John J. McKenna IV
(March 17, 1976-August 16, 2006) 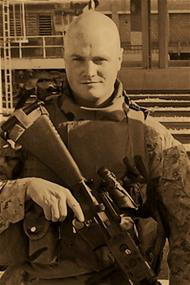 In 1998, John accepted a commission in the United States Marine Corps as a Second Lieutenant after his successful completion of Officer’s Candidate School. Upon completion of the Basic School, he was assigned to the 2nd Marine Air Wing where he served with distinction to include tours in Uzbekistan/Afghanistan as part of Operation Enduring Freedom and subsequently earned a Naval Meritorious Award. Captain McKenna left active duty in 2003 to pursue selfless devotion to public service and entered into a career with the New York State Police. He graduated from the State Police Academy on August 8, 2005. During his early days in Troop G, John patrolled Albany International Airport and was later assigned to Kingston NY, Troop “F”. In light of the ongoing war on terror, John felt compelled to continue his service to his country by joining Company F, 2nd Battalion, 25th Marines in Albany NY. John successfully completed Marine Corp Infantry Officers School and was assigned as an Infantry Platoon Commander. Captain McKenna’s unit was called up for service in February 2005 for duty in Iraq. Captain McKenna and his unit were on foot patrolling the streets of Fallujah, Iraq, when his unit came under coordinated sniper attack. Lance Corporal Michael Glover, who was the point man for the patrol, was struck by a sniper’s bullet and lay wounded on the ground. Capt. McKenna immediately called for his men to throw smoke grenades around Cpl. Glover. Captain McKenna ordered his men to maintain the position of cover and went into the cloud of smoke to aid Cpl. Glover. As Captain McKenna was dragging Cpl. Glover to safety, he was hit by sniper fire. John received the Silver Star for “Ignoring the imminent peril from heavy incoming fire, Captain McKenna ran into the intersection in an effort to save his downed Marine. Completely exposed to enemy fire, he calmly knelt next to the stricken Marine to assess his condition. As he began to drag the Marine to a covered position, Captain McKenna was hit by enemy fire and was mortally wounded.” In life, John was a vibrant, thoughtful and energetic young man who loved his family and his country. A voracious reader and a student of history, professionally he was the consummate Marine Officer always leading by example, continuing the same mindset when he donned the Grey Uniform of New York State Trooper. In his off duty time in the State Police Academy, John mentored other cadets as they struggled with their training. As the NY State Police Superintendent Wayne Bennett said at John’s Funeral. “There are a few Troopers out there who owe their jobs to John’s friendship and patience with their studies. He is a true American Patriot, son, brother, uncle, nephew who will always be loved and never forgotten.” Originally Posted At: http://www.jmckennamilitarycourtesyroom.org/about-capt-mckenna/ 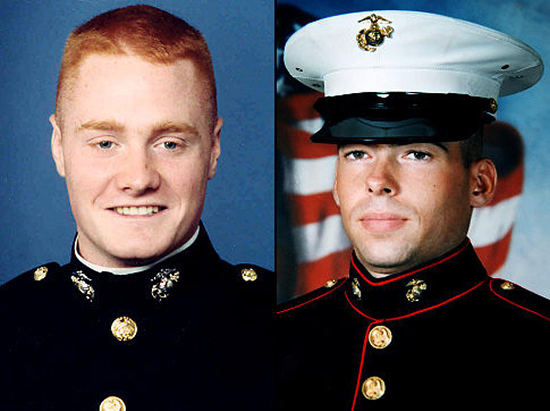