Assemblyman Will Barclay (R,C,I-Pulaski) recently met with featured artists who are part of the latest issue of Unique, a magazine which is published annually to display the creative work of people with disabilities living in Central New York in conjunction with ARISE. ARISE is an independent living center which is run by and for people with disabilities. Barclay has several pieces of art on display outside his office, which is located on the second floor of the County Building in Fulton, at 200 North Second Street. Pictured from left, in front row, are Tina Webster, Director of Oswego ARISE Sabine Ingerson, and Carrie Hart. In back row, from left, are Josh Webster, Assemblyman Barclay, Joseph Lisi, and Richard Lisi. 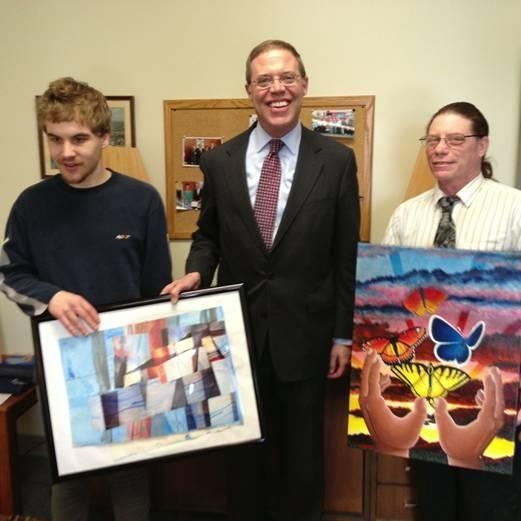 Barclay also met with featured artists Derek Grindle (left) and Andrew Swarm (right) who are part of the latest issue of Unique.