Renew and Strengthen the Rent Laws

The New York rent laws will expire on June 15. I am working closely with tenant advocates and my colleagues in the Assembly and Senate to renew and strengthen the laws.

Another priority is the elimination of the 421-a tax abatement program. This program was created to encourage the development of affordable housing, but has also been used to build luxury housing for wealthy developers to sell to wealthy buyers, many of them from overseas who are using these "penthouses in the sky" as their pieds-a-terre in New York.

Some of the other issues that are part of the rent regulation fight are these bills:

New York State Attorney General Eric T. Schneiderman announced a settlement with the owners of 49 E. 34th Street, who were operating the residential building as an illegal hotel. The owners of the 36-story tower -- whose construction was financed with $4.4 million in 421-a tax breaks intended to spur new affordable housing, and which is located in the Assembly District I represent -- will now reimburse the State for the amount of the tax breaks and the cost incurred by the State in prosecuting the case, and the building's 110 units will soon be made available as rent-regulated apartments.

Governor Cuomo's proposed budget shortchanges New York City's schools, and violates the Court of Appeals ruling in 2006 calling for New York State to fully fund the education our kids are entitled to under the State Constitution. I joined New York City public school parents, students, and teachers; members of the Alliance for Quality Education, Citizen Action of New York, Make the Road New York, New York Communities for Change; and other elected officials and advocates of public education at a rally to call giving our schools their rightful State education aid. To find out how much your school or Assembly District has been short-changed, go to http://www.howmuchnysrobbed.nyc/. It shows, for example, that public schools in the 75th Assembly District (and its 13,120 students) have been under-funded by almost $35 million since the ruling was issued by the Appeals Court.

Community Rally for Our Schools

I also participated in a community forum organized by the United Federation of Teachers for parents, students, teachers, and leaders of schools in Community School District Two in demanding the $2.5 billion in school funds we're owed by the state, and called on Governor Cuomo to respect the expertise of educators and the extraordinarily challenging profession they have chosen. I talked about my own mother's experience as a high school math teacher and union member in our public schools, and her example of how hard and long our teachers really work. Governor Cuomo's education plan would assess the effectiveness of teachers based on a handful of days' worth of testing and out-sider evaluations, but makes no mention of the illegally diverted funding that is sorely needed in our schools to add tutoring time and classroom resources for struggling students. It's time to stop undermining the dedicated public servants that make our schools work, and start providing educators with the resources to which they are legally entitled.

A Housing Court Judge issued an eviction order to a tenant who turned his rent-stabilized Hell's Kitchen high-rise apartment into an illegal hotel by renting it for $649 a night and advertising its availability through Airbnb. "Using a residential apartment as a hotel room and profiteering off of it is ground for eviction... as it undermines... the Rent Stabilization Code," wrote Manhattan Housing Court Judge Jack Stoller.

In addition, New York City filed suit in State court against several defendants for operating four midtown buildings as illegal hotels. All four buildings are located in our Assembly District, and together house dozens of apartments that should be rented full-time and year-round to New Yorkers seeking affordable housing, not to tourists who are unwittingly being endangered in short-term stays in buildings not New York City fire and building codes for hotels and operated by some of the city's worst landlords, as reflected in a report issued this month by NYC Public Advocate Letitia James.

New York City is citing the owner of a building in Hell's Kitchen that was badly damaged by fire recently for operating it and other properties as illegal hotels. According to City inspectors, the building that was the site of the fire lacked adequate fire alarms or marked fire doors. It also had no sprinkler system - which would have been required in a legitimate hotel.

Study on New York Health Act: It Would Save Almost All New Yorkers Money and Provide Better Care

An economic analysis of my bill just released shows that New York would net savings of $45 billion a year by creating a universal health plan, even after counting increased spending to cover the uninsured and eliminate co-payments, deductibles and out-of-network charges. Professor Gerald Friedman, Chair of the Economics Department at the University of Massachusetts at Amherst, released the comprehensive economic study of the New York Health Act (A.5062, Gottfried/S.3525, Perkins), a proposed universal health care program for New York State that I have introduced in the Assembly.

In February, I joined unionized employees of MFY Legal Services, which provides free legal help to low-income New Yorkers, on a picket line. Workers at MFY, who are represented by the Legal Services Staff Association, UAW Local 2320, went on strike, and I was proud to support them. They recently settled and are back at work. 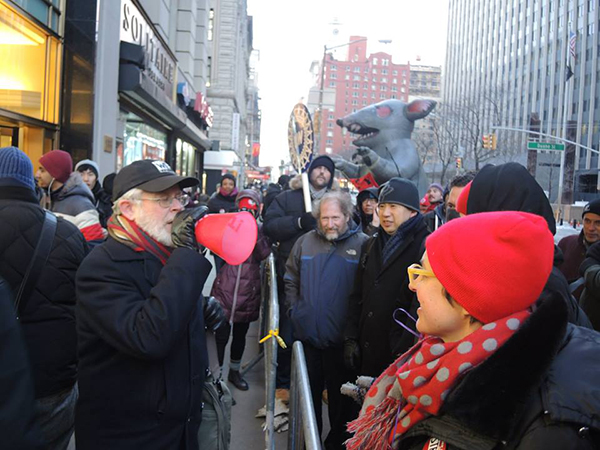 Rallying with MFY Legal Services Workers in Their Strike for Higher Wages, Parental Leave and a Fair Contract

Last month I convened a NYS Assembly Health Committee hearing on the use of antipsychotic drugs in nursing homes. They are widely used to keep dementia patients quiet, but can seriously damage their mental and physical health. A recent report by the Long Term Care Community Coalition, an advocacy group for the elderly and disabled, showed alarming antipsychotic drug usage rates in many nursing homes around New York State. We heard observations and recommendations from health care providers, family members, patient and health advocates, and a wide cross-section of New Yorkers. 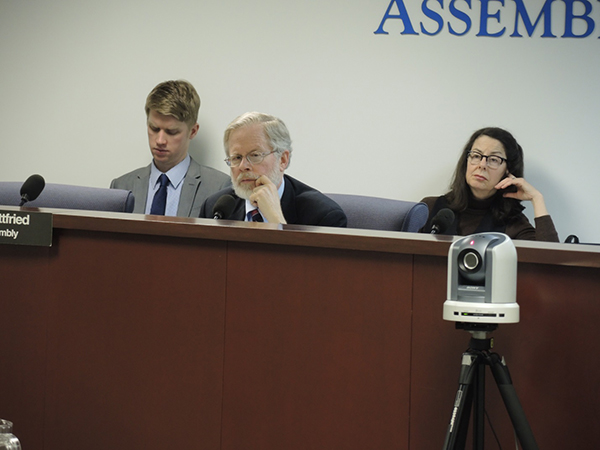 Chairing the Assembly Health Committee hearing in Manhattan on the use of anti-psychotic medications in nursing homes.

Last week, the Appellate Division of New York State Supreme Court ruled that any alterations to the Hopper Gibbons House at 339 West 29th Street -- Manhattan's only documented, land-marked Underground Railroad site -- must receive approval from the Landmarks Preservation Commission. Along with community activists, preservationists, and elected officials, I've been fighting to preserve the authenticity of this historic site, and the ruling is worth celebrating! 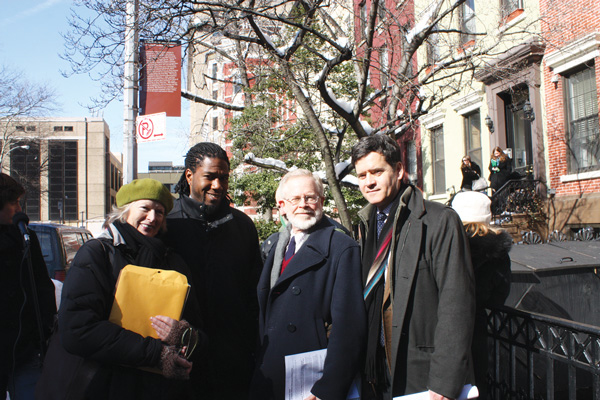 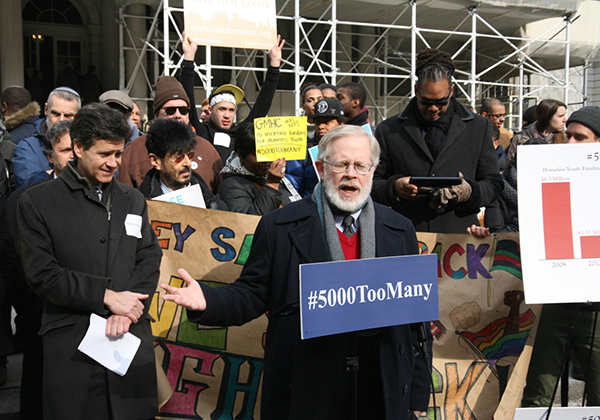 Recently the Assembly passed the DREAM Act for the third consecutive year. This legislation would help undocumented immigrant New Yorkers eligible for State financial aid and other opportunities to help these students afford college or graduate school.

Hundreds of thousands of immigrant students have and are attending New York State's public schools, but college remains an unaffordable goal for far too many. With New York State law currently barring undocumented immigrant students from applying for State financial aid programs, however, it's estimated that only about one in ten undocumented immigrants graduating from New York public high schools go on to pursue a college degree, chiefly because of the lack of available financial aid.

This is counter-productive for our society and our economy. New York's economic potential, productivity, job creation, and economic growth will increase with a better-educated workforce. States as diverse as California, Texas, Minnesota, New Mexico, and Washington have already have enacted laws giving immigrant students access to state financial aid programs. With Governor Cuomo indicating that he will be making Senate passage of the DREAM Act one of his top legislative priorities, 2015 may be the year this important bill is finally enacted into law.