Assembly passage of New York Health will elevate the issue on the public agenda and change the conversation from "it's a great idea that will never happen" to a truly achievable goal.

New Yorkers should be able to go to the doc-tor when we need to, without worrying whether we can afford it. We should choose our doctors and hospitals without worrying about network restrictions. We deserve health coverage for all of us, paid for based on our ability to pay, not what the market will bear. I'm proud the Assembly has passed the New York Health Act, and I look forward to working with a great community of advocates including medical professionals, medical students, organized labor, and Senate sponsor Bill Perkins, to enact it into law.

According to an analysis by University of Massachusetts/Amherst Economics Department Chair Gerald Friedman, 98% of New Yorkers would spend less for health coverage and health care under New York Health than they do today. New York would save over $70 billion by eliminating health insurance company administration and profit; reducing health care provider and employer administrative costs; and capturing savings from negotiating prices of pharmaceuticals and medical devices. Even after expanding coverage to all New Yorkers; eliminating deductibles, co-pays, and out-of-network charges; and increasing low Medicaid reimbursements, New York Health would generate net savings of $45 billion.

New York Health would be a boon to business. Employer spending on health care eats up a median 12.8% of payroll costs on health insurance, up more than 50% in a decade, with small businesses spending even higher percentages. According to the Friedman study, New York Health could be funded through an income assessment averaging just 8.1% of payroll. 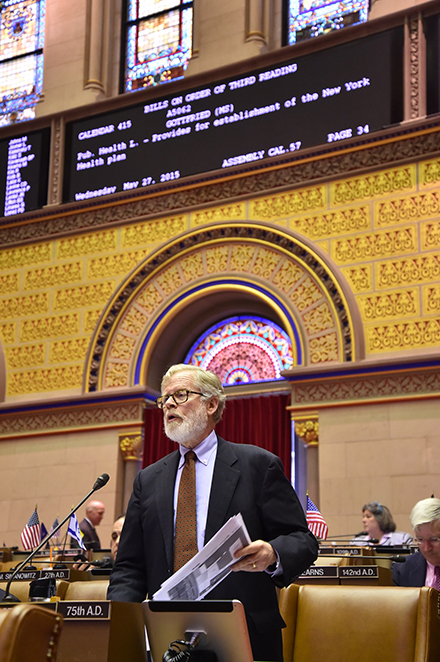 Leading the debate on the Assembly floor on the New York Health Act.

This month, for the eighth year in a row, the New York State Assembly passed the Gender Expression Non-Discrimination Act (GENDA,A. 4558A /S61A), a bill to protect transgender people under the State Human Rights Law. As the Assembly sponsor of this important civil rights legislation, I led the debate in favor of the bill on the Assembly floor.

Transgender people - whose gender identity, appearance, behavior or expression differs from their genetic sex at birth - face discrimination in housing, employment, public accommodations and other areas of life, and they are particularly vulnerable to hate crimes. The transgender community is not protected under current State law.

With 18 states and the District of Columbia already having enacted some legal protections for transgender persons, GENDA will provide long overdue protection of human rights in New York. It's an embarrassment for New York that it has not become law, and unconscionable that all New Yorkers do not have the right to fair housing, employment, use of public accommodations, and protection against hate crimes, yet the State Senate continues to not act on the bill.

No New Yorker should fear losing a job or a home because of gender identity.

I joined other State legislators in sending a joint letter to Governor Cuomo in support of the "Move NY Fair Plan," which would restructure the tolls on some bridges and tunnels in the city in order to ease traffic congestion and generate more than a billion dollars annually for public transportation. The mass transit funding would provide the MTA with sufficient funding to implement its capital plan, enable it to conduct Full-Line Reviews of every subway line in the system every five years, and improve service with sub-ways and buses that run more frequently and break down less often, countdown clocks that al-low riders to know when trains will arrive, public address systems that can alert riders to changes in service, and other important improvements that are long overdue.

The Move NY Fair Plan would rationalize the toll structure on bridges and tunnels in NYC. It would accomplish this by lowering tolls on crossings like the RFK/Triboro Bridge and the Queens-Midtown and Brooklyn-Battery tunnels while adding them to bridges like the Ed Koch/59th St. and Brooklyn bridges and for vehicles traveling into Manhattan below 60th Street. Equalizing the toll structure on crossings would improve traffic flow by spreading it more evenly across the affected bridges and tunnels - and improve subway and bus service with the resulting revenue.

An economic analysis of the Move NY Fair Plan predicts a $2.8 billion boost in economic output as a result of more reliable trains and safer roads made possible by the Plan's implementation. The MTA has been underfunded for far too long; it's time to make the subway safer and more reliable for everyone.

With the June 15 deadline to extend rent regulations looming in Albany, I joined thousands of New Yorkers at the "Rally to Save NYC" in Foley Square on May 14 to speak out about New York's housing crisis.

With vacancy deregulation continuing to eat away at the city's stock of rent-regulated housing while real estate developers continuing to benefit from tax breaks like the 421-A abatement, it is critical that the Legislature not only extend but also strengthen rent stabilization and rent control to protect New Yorkers living in the city's approximately one million rent-regulated apartments. 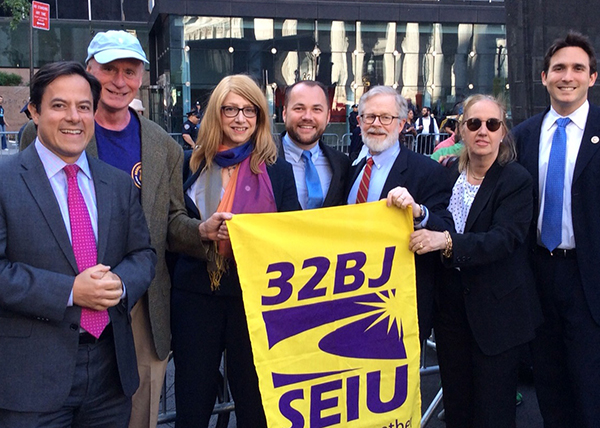 Last year, Governor Cuomo convened a 63-member "Ending the Epidemic Task Force" to develop a blueprint for lowering the number of new HIV infections to the point where AIDS will no longer be considered an epidemic in New York.

I strongly support the Task Force's policy prescriptions and will be leading the fight in the Assembly to pass its legislative proposals. I am the Assembly sponsor of GENDA and of legislation to fully legalize syringe possession and allow pharmacies to more easily sell syringes. These steps that have been proven to reduce the transmission of HIV and Hepatitis C in other states.

Working together, we can end the AIDS epidemic in New York and serve as an inspiration and role model for states and cities all across the country. 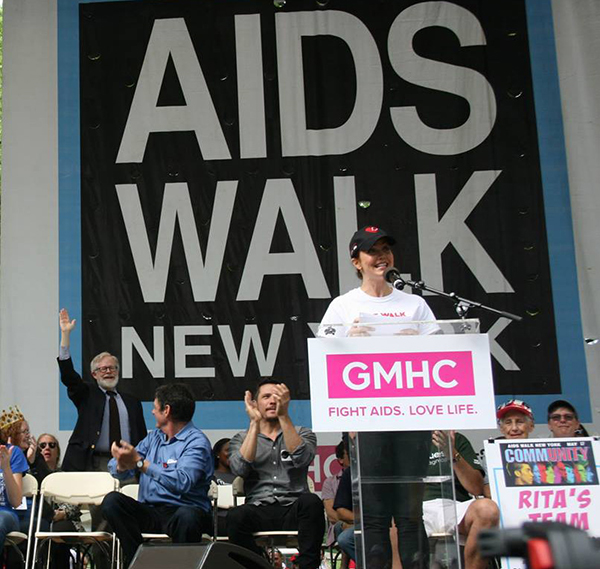 I greeted thousands of participants in the 2015 GMHC AIDSWalk in Central Park in May.

Closure of the Chelsea Health Clinic

Along with many local residents, health advocates, and elected officials, I was alarmed when the New York City Dept. of Health & Mental Hygiene (DOHMH) closed its clinic on Ninth Avenue and 28th Street for at least two years while its space is renovated. The Chelsea clinic received about 20,000 visits annually, and conducted more tests for sexually transmitted diseases (STDs) than any other DOHMH clinic. The prolonged closure of the Chelsea clinic is particularly worrisome at a time when the rates of syphilis and HIV infections are on the rise throughout the city, and increasing in Chelsea to an alarming extent.

During the renovation, DOHMH is directing prospective patients to its Riverside clinic at 160 West 100th Street between Amsterdam and Columbus Avenues. After consulting with community members, health activists, and elected officials, DOHMH is also providing funding for a trailer outside the site of the Chelsea clinic that will be fully equipped to conduct a wide range of free, anonymous, rapid STD and HIV testing; better signage directing prospective visitors to alternative health care facilities; and funding for the Callen-Lorde Community Health Center, GMHC, the Community Health Network, and other local health care providers to provide many of the services that had been offered by the Chelsea clinic.