In response to concern over aggressive panhandling and harassment in Times Square by costumed characters and topless women, Mayor de Blasio's Task Force on Times Square issued recommendations on October 1 on how to improve conditions at the "cross-roads of the world." The Task Force, on which I served, approved recommendations developed by Manhattan Borough President Gale Brewer, Council Members Corey Johnson and Dan Garodnick, and Manhattan Community Board 5.

The Task Force also urged that the ongoing Theater District congestion study examining data relating to pedestrian and vehicular travel through the area be completed as soon as possible, and that adequate sup-port to the New York Police Department's new Times Square Unit be provided.

On September 18, I hosted a meeting with elected officials and officials from the NYC Department of Buildings (DOB), including Commissioner Rick Chandler, to follow up on our efforts urging the City to crack down on owners of residential buildings who file false construction permit applications. Many landlords have been falsely certifying on applications for construction permits that their buildings are unoccupied. These fraudulent applications relieve them of the obligation to file a tenant protection plan to ensure residents' safety and well-being â€“ and then allow them to under-take construction work that makes tenants' lives a dangerous nightmare and violates their "warrant of habitability."

Many tenants have reported horror stories of being forced to live in construction sites with unsafe and deplorable living conditions, in which owners often turn off gas, heat, hot water, and other services; elevators are shut down; dust fills the hallways and public areas; and illegal, unprotected asbestos removal is performed without protection for tenants or workers. In some cases, shoddy construction by inexperienced contractors causes ceilings to collapse; cracks and holes in walls and floors; and vermin to spread throughout the building.

To date, DOB, the City agency charged with approving the permits, has done virtually no effective enforcement of the law regarding the filing of false permit applications, even though this criminal conduct on the part of building owners is a felony and endangers people's homes and lives.

Although DOB has been slow to respond to this growing crisis for tenants, we are continuing to hold the agency's feet to the fire. At the meeting in my office, we demanded that DOB penalize property owners who obtain construction permits through false applications; coordinate more effectively with other government agencies before issuing permits; do a better job monitoring construction occurring in residential buildings, and require the distribution to residents of the Tenant Protection Plan filed by building owners undertaking construction, as well as posting more information about owners' responsibilities and tenants' rights on DOB's website.

We also demanded that DOB meet regularly with tenant organizations, just as they meet with landlords and developers.

The City Council is considering a package of bills, introduced by a coalition of Councilmembers including Corey Johnson and Helen Rosenthal. The proposed legislation would require DOB to increase inspections of buildings undergoing construction projects, respond more quickly to complaints, and confirm landlords' compliance with safety requirements.

Opening of New Subway Station and Park at Hudson Yards

On Sunday, September 13, I participated in the opening ceremonies for the new subway station and park at Hudson Yards â€“ two great amenities that will significantly improve the quality of life on the West Side.

The subway station, located on 34th Street between Tenth and Eleventh Avenues, is the first built in New York City since 1989. Made possible through funding from New York City government, it is the new terminus of the 7 train, extending that subway line from Times Square. The extension of the subway to Hudson Yards will serve thousands of riders every day for residents, workers, and visitors.

Following the ceremony for the new subway station, I joined local elected officials, leaders of the Hudson Yards/Hell's Kitchen Alliance, and community members to celebrate the new Hudson Park. The Park features a children's play area, beautiful plantings and trees, and inviting walkways and benches, providing a welcome respite from the bustle of midtown. Currently stretching along three lots located midblock between 10th and 11th Avenues from 33rd Street to 36th Streets, the Park will eventually double in size. 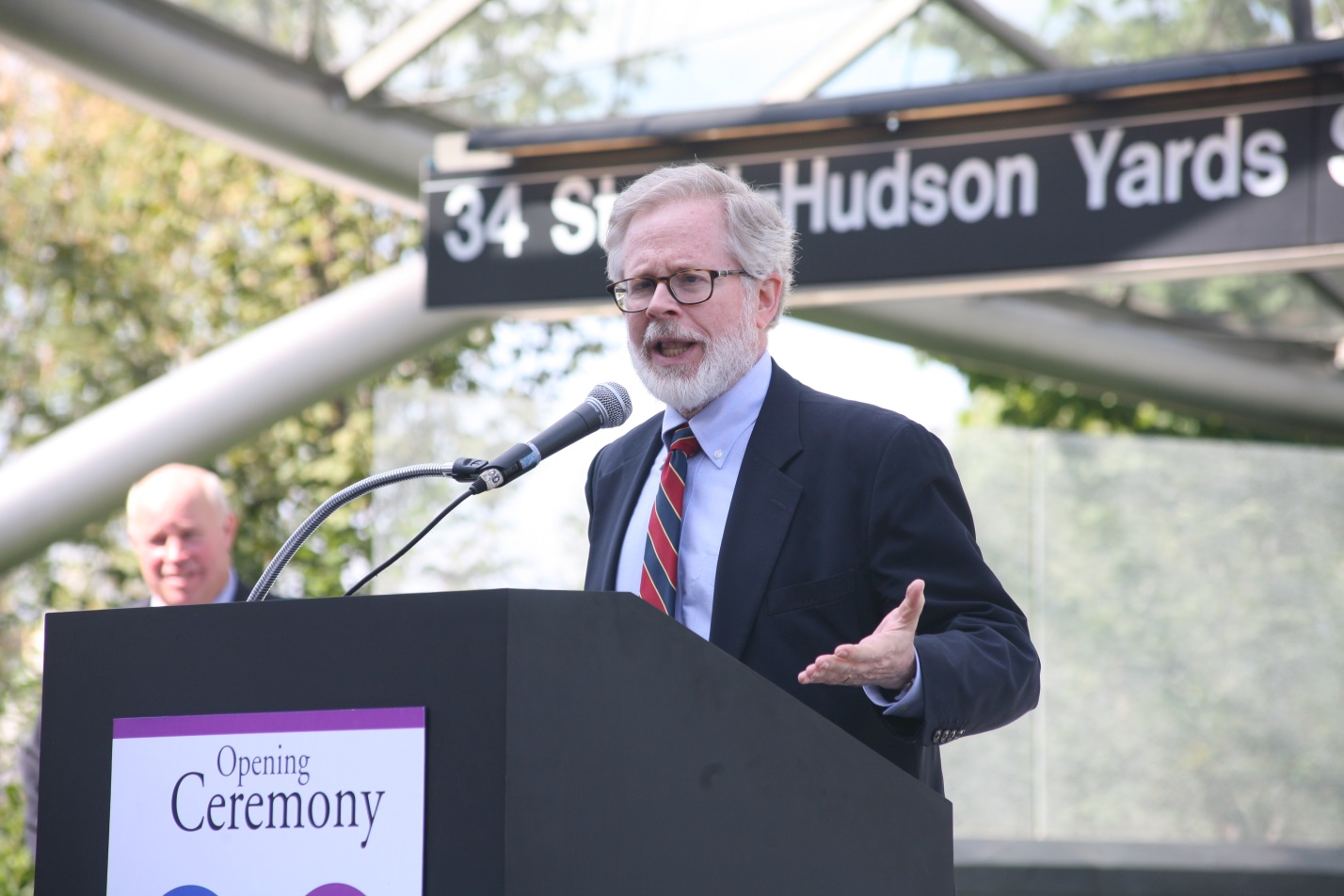 I spoke at the opening ceremony for the new 7 train station at Hudson Yards. 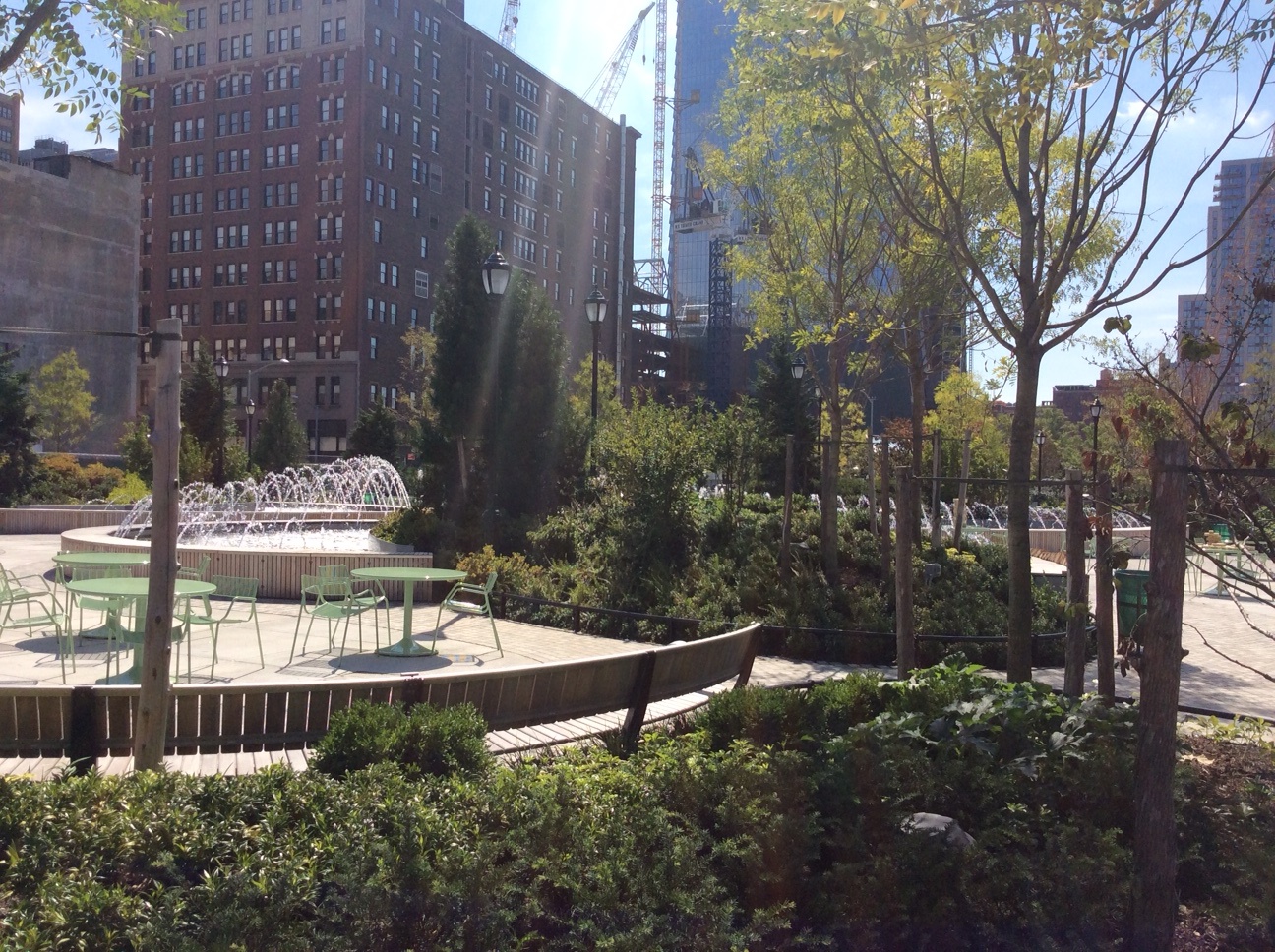 The new Hudson Park is a beautiful amenity for the community.

Beautify Your Block: Applying to Have a Tree Planted in Your Neighborhood

As part of the "MillionTreesNYC" and "PlaNYC" initiatives to green the streets of our city, the New York City Department of Parks & Recreation oversees a tree-planting program. So far, more than 975,000 trees have been planted in city sidewalks and parklands with the help of thousands of volunteers, community groups, and businesses. Starting this month, the Parks Department will once again be working with local contractors to plant street trees in communities throughout the city through specific requests from residents. To apply for a tree to be planted at a specific location, please visit the website of the NYC Department of Parks & Recreation at: http://www.milliontreesnyc.org/html/about/getting_parks.shtml.

For more details on the planting process, please visit the website of the NYC Department of Parks & Recreation at: http://www.milliontreesnyc.org/html/plant/street.shtml.

You can see the list of Fall 2015 planting locations by going to the Parks Department's website at: http://www.milliontreesnyc.org/html/plant/request.shtml. Please keep in mind that this list is subject to change.

You can also view maps of completed block planting areas citywide at: http://www.milliontreesnyc.org/html/about/getting_parks.shtml.

By following a few simple steps, it is easy to register online by signing up for a secure "MyDMV" account.

To register to vote in New York, you must:

For more information on voting in New York City, please go to the Board of Elections website at http://vote.nyc.ny.us.