I joined Upper West Siders, members of Community Board 7, and advocates for traffic safety at a vigil in September honoring the memory of Madison Jane Lyden, a 23-year-old Australian woman riding a bike who was hit and killed by a garbage truck on Central Park West between 66 and 67 Streets in August.

We called for a protected bicycle lane on Central Park West, supported by Community Board 7's Transportation Committee. 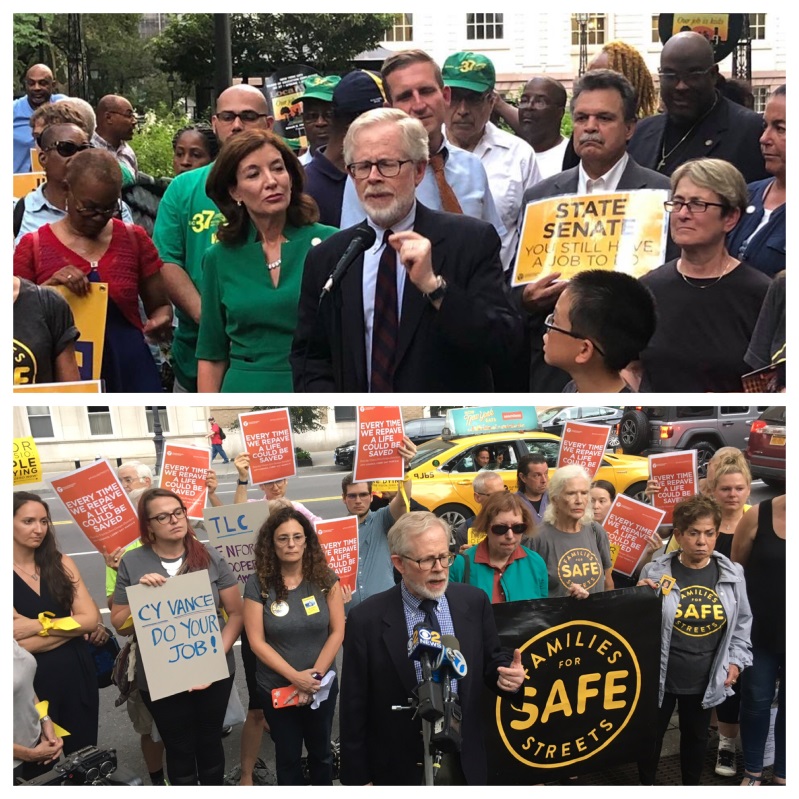 Earlier in September, I joined Lieutenant Governor Kathy Hochul, Assembly Members Deborah Glick and Felix Ortiz, and traffic safety advocates to applaud Governor Cuomo's Executive Order declaring a state of emergency in New York City, thereby allowing the City to reinstate its speed camera program in school zones. The Governor's Executive Order temporarily suspended the provisions in the speed camera legislation that forced it to lapse earlier this summer because the State Senate failed to act to renew it.

Mayor de Blasio and Council Speaker Corey Johnson played leading roles in ensuring that the City would be able to resume the operation of the speed camera program right away.

The State Senate still must act to enable the speed camera program to resume on a long-term basis. Beyond that, the State should authorize local governments to install speed and red light cameras as they choose.

Hartley House, a settlement house that has been providing critical social services in Hell's Kitchen for 122 years, was in danger of closing after leaving its longtime home at 413 West 46 Street, putting its multi-building campus up for sale, and renting office space elsewhere. But after an outpouring of support from community leaders, residents, and elected officials - in particular, $220,000 in City discretionary funds by City Council Speaker Corey Johnson and partnerships with Hudson Guild and the Clinton Housing Development Corp (CHDC) - Hartley House is taking its buildings off the market and resuming operations in its historic home.

The Hartley House campus on 46 Street will now be renovated to include supportive housing developed by CHDC, a non-profit organization dedicated to creating and preserving affordable housing in Hell's Kitchen. Hartley House has also forged a strategic partnership with Hudson Guild, a Chelsea non-profit that provides social services to over 14,000 people annually.

Hartley House has served the Hell's Kitchen community for more than a century. With the support of the community it has served so effectively for so long, its future is bright.

A zoning challenge was filed against the Extell Corporation's proposed mega-tower at 36 West 66 Street (between Central Park West and Columbus Avenue) on September 9 by Landmarks West!, Manhattan Borough President Gale Brewer, State Senator Brad Hoylman, City Councilmember Helen Rosenthal, the residents of 10 West 66th Street, other New Yorkers and me. Although Extell claims the plan is "as of right," we filed the Zoning Challenge citing several deficiencies in the plans, including concerns over the seemingly inaccurate and outdated plans submitted and over fire safety. DOB should issue a response to the Zoning Challenge within 75 days of its filing.

Extell plans to build a 39-story apartment building 775 feet tall (the equivalent of a 77-story office tower) which would be the tallest building on the West Side north of W. 61 St.

On September 26, a mechanical excavating machine flipped over at the site, prompting DOB to issue a "stop work" order, which has since been lifted. We will continue to monitor conditions at the site.

Extell is issuing weekly "look ahead" emails about work being done at the site. To sign up to receive these messages, email Extell's contractor at 36west66thst@lendlease.com, or call (212) 448-3995. You can also use that address or number to ask questions or report unsafe conditions.

I will continue to work with the community and other elected officials to fight this and other excessive developments.

Preserving New York's History One Building at a Time

One historic building needing preservation is the Hatfield House (now known as the Hotel Deauville) at 103 East 29th Street, which is rumored to be threatened with demolition by its owners. Erected in the Beaux-Arts style in 1901, it has retained its original function as a boutique hotel throughout its existence. The Hatfield House features many historic architectural details. It also retains all of its original features and fabric, including an old-fashioned, manually-operated elevator.

This month, I joined Councilmember Carlina Rivera and State Senator Liz Krueger in writing to the LPC to urge it to "calendar" the Hatfield House for a landmark designation hearing, a move first requested by Community Board 5 last year. LPC has already determined the building is "worthy of further research," and it should hold a hearing on the application - before it's too late to save the Hatfield House.

Fighting Back against Trump's Newest Attack on Immigrants

On September 24, I spoke at a rally in lower Manhattan against a new attack on immigrants by President Trump.

That rule has never been applied to receiving assistance like medical care under Medicaid. Trump has proposed to expand the rule to cover Medicaid and a long list of other programs. This would force many immigrant families to make an impossible choice between legal status and the health of their family members, including family members who are already American citizens. The rule would force those applying for legal immigration status to choose between using federally-funded public health, food, or housing programs, and obtaining legal residency.

Once the official version of the proposed rule is published in the Federal Register (at https://www.federalregister.gov), members of the public will have the chance to offer comments online. 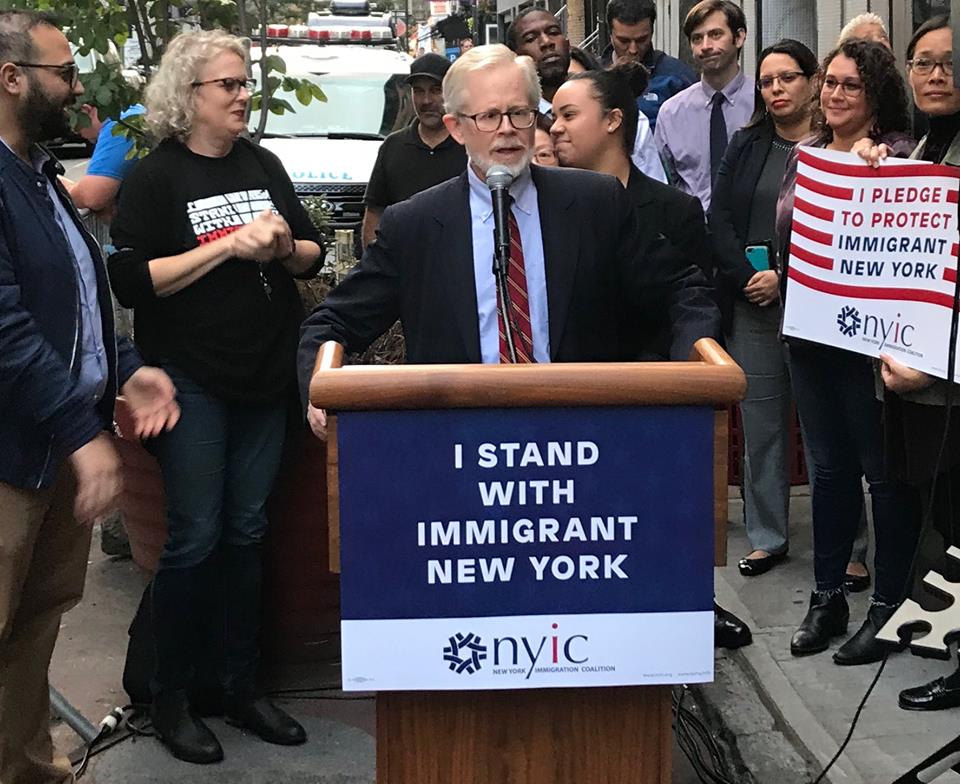 STANDING UP FOR IMMIGRANTS: I spoke at a rally against the Trump administration's proposed rule that would punish the families of those applying for U.S. citizenship or residency.

Friday, Oct. 19: Free Help for Seniors and People with Disabilities Seeking a Rent Freeze through SCRIE or DRIE

Application help will be provided free of charge at the workshop, which will take place between 10:00 a.m. and 12 noon at the Mobilization for Justice offices at 100 Williams Street, 6th floor.

If you cannot make the workshop, please contact my Community Office at gottfriedr@nyassembly.gov or 212-807-7900. We can also help you fill out these forms.