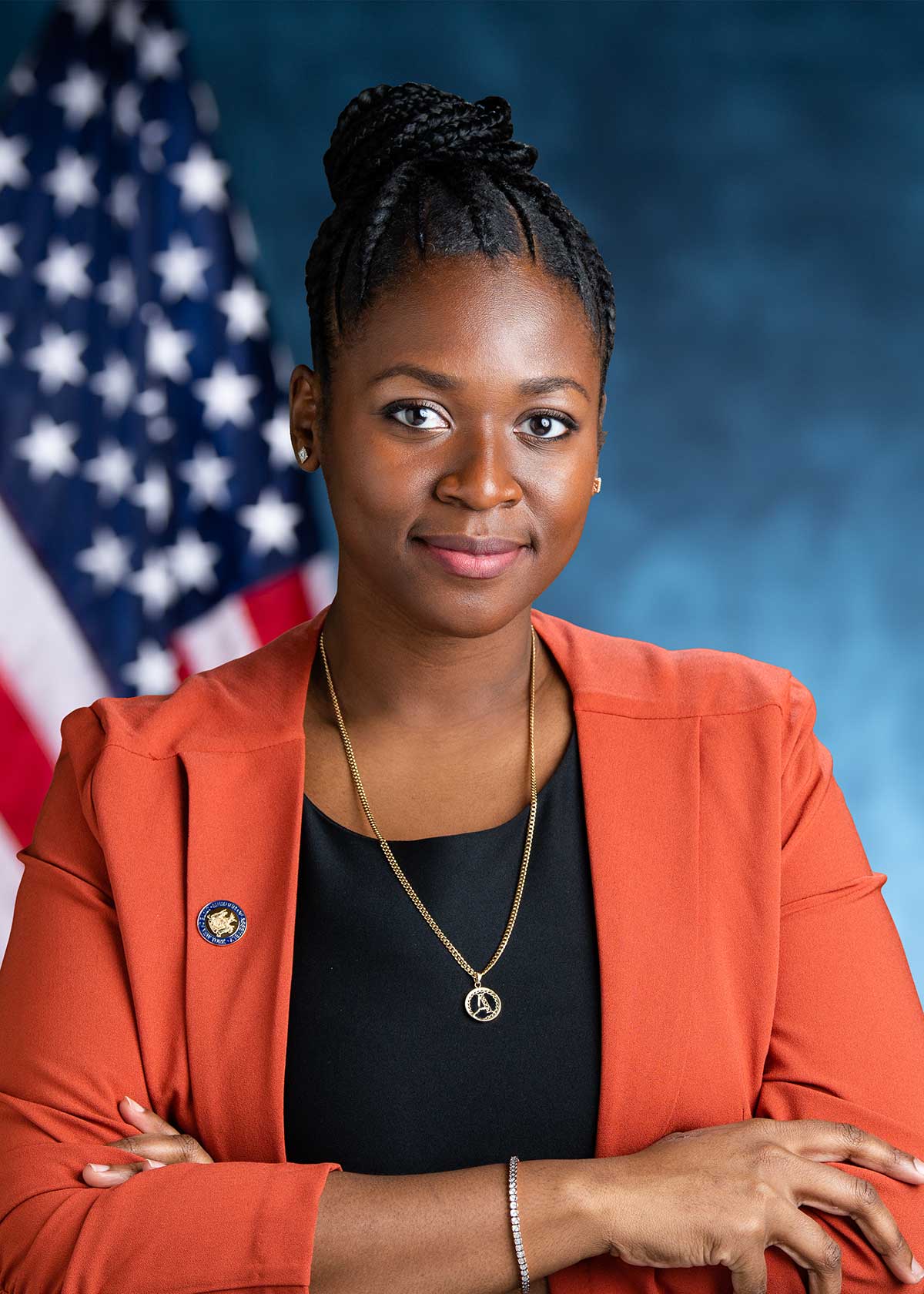 Phara Souffrant Forrest is serving her first term in the New York State Assembly representing the 57th Assembly District, which consists of the neighborhoods of Fort Greene and Clinton Hill as well as parts of Bed Stuy, Prospect Heights and Crown Heights.

As a lifelong Brooklynite, Phara is a proud product of Brooklyn’s public schools system, attending both Phillipa Schuyler Middle School and Benjamin Banneker Academy for Community Development. She then went on to attend SUNY Geneseo where she majored in political science before moving on to obtain a nursing degree at CUNY City Tech. Before being elected to the Assembly, Phara worked for a number of years as a maternal child health field nurse, where she would care for new mothers after they gave birth.

In addition to her work as a nurse, Phara is president of her building’s tenant association and has been an active member of the Crown Heights Tenant Union. Phara credits her run for the Assembly to her work in tenant organizing and her work to help pressure the state Legislature to pass the Housing Stability & Tenant Protection Act of 2019. As part of her work, Phara participated in a demonstration at the Capitol, where she was arrested fighting for her fellow tenants. Phara credits this moment with inspiring her to run for the Assembly and stand up for tenants just like her across the state.