I am extremely grateful and incredibly humbled that the residents of the 77th district have chosen me to represent them in the New York State Assembly. My staff and I are here to help serve the needs of the communities of Claremont, Concourse, Highbridge, Mount Eden and Morris Heights sections of The Bronx.I am working diligently to preserve affordable housing, protecting those that are most vulnerable in our community, ensuring access to quality education and addressing quality of life concerns.

If you live in these communities and require assistance, please do not hesitate to contact me.

This website serves as a report to you, offering information about my recent news and events,legislation, and the Committees I serve on in Albany. Thanks for visiting! 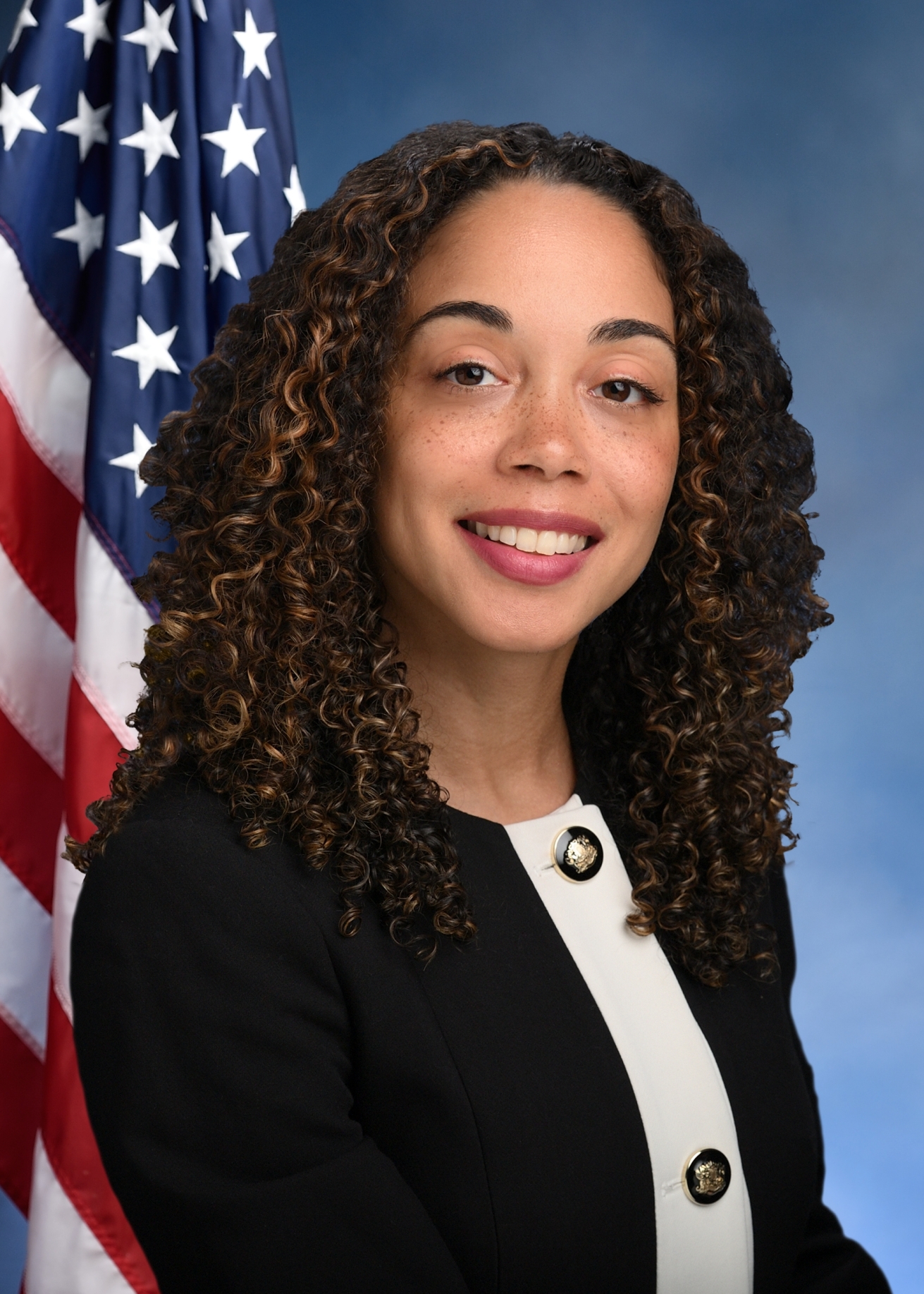 Since her election to the Assembly in 2014, Latoya has already made her mark both in Albany and in the community, on issues ranging from affordable housing and education to domestic violence. She is the author of a groundbreaking law to create a pilot program that protects victims of domestic violence by speeding up the process for obtaining temporary orders of protection and allowing them to file protection orders electronically.

An outspoken proponent of strengthening rent regulation and protecting tenants, Assemblywoman Joyner publicly supported a freeze for the 33,000 apartments under rent regulation in her district; she remains committed to this issue going forward in Albany.

In her first year as a member of the New York State Assembly, Assemblywoman Joyner’s support has led to increased funding for the Bronx Children’s Museum and other community-based organizations that directly benefit District 77 residents. She has also championed security upgrades for tenants that reside in New York City Housing Authority (NYCHA) developments in her district. For seniors and those that are disabled, Assemblywoman Joyner passed legislation that improves housing conditions and opportunities through the Urban Development Action Area Project (UDAAP) — a program that expedites the land review process for low-income housing. A direct result of this process is the “Artsbridge” development, a 61-unit senior building located in the Highbridge community.

A proven fighter for families, Latoya has implemented real change in her district by supporting education. In the 2015-2016 year’s budget, Latoya backed Educational Opportunity Programs (EOP), including the New York Legal Educational Opportunity Program (LEO) — a program that affords minority and low-income students an early introduction to the legal profession. The Assemblywoman’s advocacy culminated in increased funding and the reinstatement of the LEO program for New York students.

As a member of the New York State Bar and a former court attorney for a New York City Civil Court Judge, Latoya Joyner utilizes her deep seated knowledge of the law to serve the needs of families throughout the Bronx.During her tenure in what is called the "people's court," Latoya used her problem-solving skills to help those appearing in court — many of whom were unrepresented — to reach settlements on a wide range of issues that impacted their lives.

Latoya received her law degree from the University at Buffalo Law School, where she was an associate editor for the Buffalo Journal of Gender, Law and Social Policy. During law school, she interned with the New York State Division of Human Rights in the Bronx and her responsibilities included investigating housing discrimination claims. She saw firsthand the hardships that individuals with disabilities faced in securing permanent housing, especially those with mental and psychosocial disabilities. This extensive experience in protecting the rights of tenants has given Assemblywoman Joyner a unique perspective in her efforts to develop legislation and equitable housing policies for the residents of the 77th Assembly District.

Previously, Latoya served as a community liaison in the district office of then-Assemblywoman Aurelia Greene, a legendary fixture in Bronx governmental circles who currently serves as Bronx Deputy Borough President. In this capacity, she handled day-to-day constituent concerns, researched legislation, and met with lobbyist groups and community organizations. Latoya also served as a member of Community Board 4 and the Neighborhood Advisory Board.

Latoya Joyner is a proud product of New York’s public educational system. She is a graduate of the Richard R. Green High School for Teaching and the State University of New York at Stony Brook. She participated in Stony Brook’s Educational Opportunity Program (EOP) and benefited from its dedication to supporting and advancing African-American and Latino students. Striving to take the greatest possible advantage of the opportunities EOP made available, Latoya studied abroad in Ghana and participated in various internships. She obtained her bachelor’s degree in political science and sociology, graduated with honors and became a member of Chi Alpha Epsilon Honor Society and Phi Beta Kappa.

Assemblywoman Latoya Joyner lives in the Concourse section of The Bronx.