I am working with state and local officials on the COVID-19 crisis facing Westchester, our state and nation.Our county is one of the areas most affected by the virus in the country.Current information and guidance is changing daily as we assess and attempt to stop the spread of the virus.

On the left hand side of my website you will see a link to the NYS Department of Health which contains daily updates and several fact sheets for how to limit the spread of the disease and what to do if you are experiencing symptoms.

If you believe you have been exposed, you should contact your primary care physician who can refer you for testing. Expanded testing opportunities are being made available with testing requests prioritized according to DOH criteria. To see if you qualify for testing, contact either your primary care provider or the State hotline at 888-364-3065.

The response of the Governor and state government has been aggressive and responsive to the health and safety needs of the situation. I will continue to make available the latest information from health officials. Feel free to call my office directly if I can be of assistance at 914-939-7028. 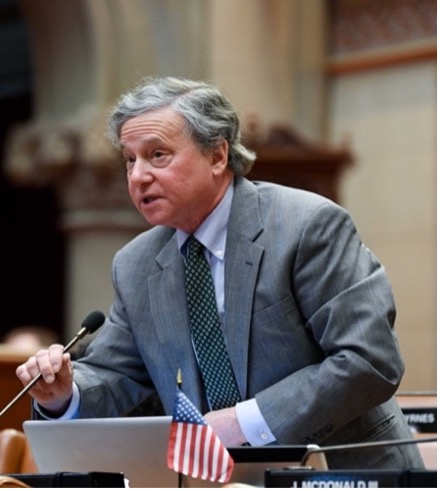 Assemblyman Otis has also been the lead author of new laws on a variety of topics:
legislation to make directing laser pointers at airplane cockpits illegal under state law, strengthening child labor law protections for minors working in the modeling industry, enacting rules to prevent dangerous accidents from falling soccer goals, expanding options for consumers holding annuities and increasing the state penalty for stealing a pet, which had not been changed in over 40 years.